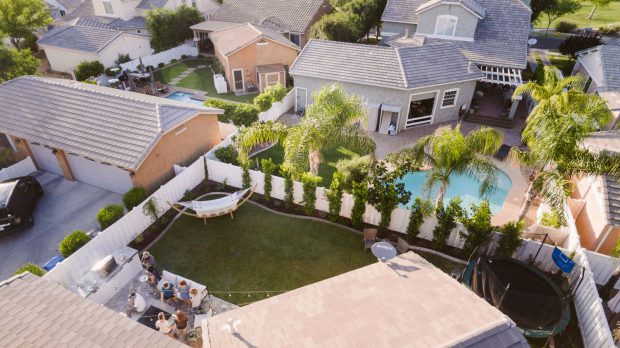 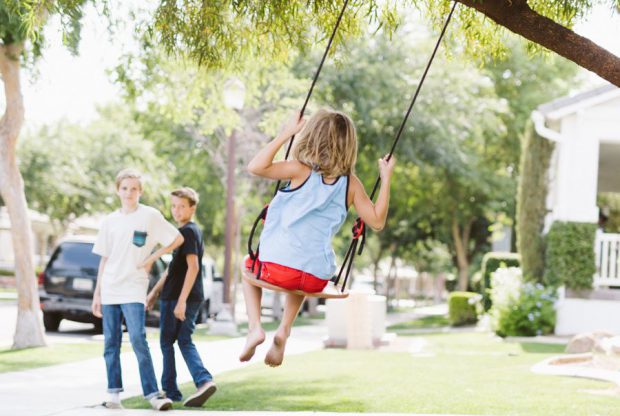 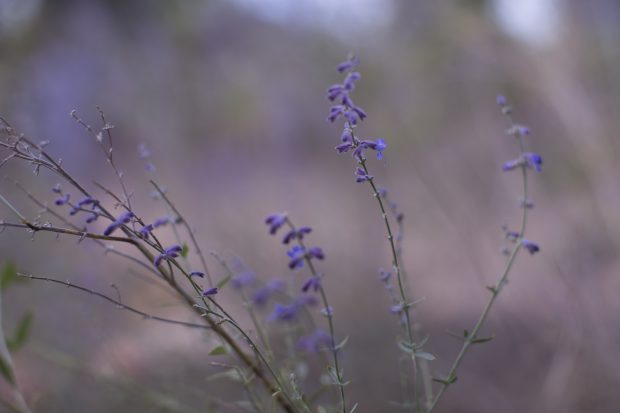 Agritopia is where
people come together. 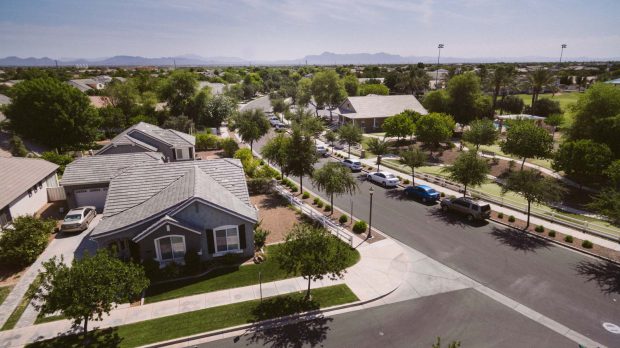 "Home" is more than a brick and mortar building. It's a feeling of comfort, it's a sense of belonging, it's living a life among neighbors whom you call friends and friends you call family. At Agritopia, we've built a place you can call home—whether you live here or if you're just stopping by for a visit. This planned community offers a modern village life surrounding 11 acres of urban farmland, where a tree-lined sidewalk leads you to a chef-driven restaurant, where creative spaces encourage craftsmanship, and where charming homes nestle close. Here, people live, work, eat, shop, create, and come together. This is home, however you choose to define it.

A homestead morphed into a thriving village centered around an urban farm.

As any good farmer knows, growth takes time. Seeds are planted, land is tilled, water and sun bestow their wealth. In Gilbert, Arizona, nearly 90 years passed before a 1927 homestead tucked between two dirt roads morphed into a thriving village centered around an urban farm.

The land that is now Agritopia was originally homesteaded by the Reber family. In 1960, Jim Johnston and his wife Virginia thought owning a farm would be ideal for their growing family of three boys. They purchased the farm and built a home on the land.

The Johnston family loved their rural existence. Jim grew cotton and wheat and the boys attended nearby schools, working on the farm during the summers. The younger sons, Steve and Paul, majored in agriculture at The University of Arizona, returning to the family farm to work after graduation. The eldest son, Joe, graduated from Stanford University with an engineering degree. By the late 1990s, when Gilbert’s rapid growth meant suburban development near the farm, the Johnstons began brainstorming ways to preserve their land.

Joe’s engineering expertise helped plant the literal and figurative seed of Agritopia. Collaborating with a land planner, landscape architects, the Townof Gilbert, and community developers, in 2000, Joe spearheaded the evolution of the family’s vision for their farmland: a simpler but fuller life, set in a present-day village that honors the farming traditions of the past. 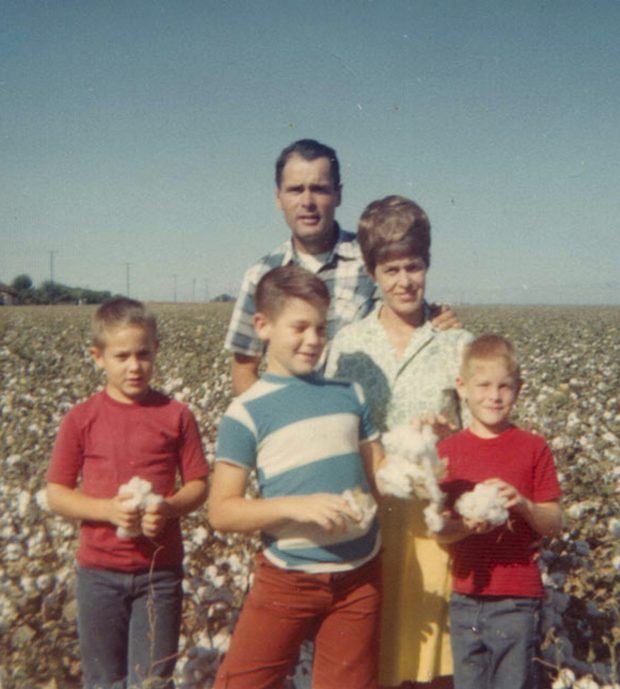 Today, all of the homes in the residential portion of the community have been built, as well as many of the commercial properties.The Johnston family still lives in Agritopia.

Imagine a world where you know your neighbors and they know you. Imagine a barrier-free lifestyle, where low fences encourage small talk, porches welcome lounging, parks promote playtime, and shady sidewalks connect your home to schools, gardens, restaurants, and shops. A slower pace. A shared life. A connected existence. Agritopia’s neighborhood makes it possible for this life to be more than a world that lives only in your imagination.

At Agritopia, 90 acres are dedicated to the residential community, which comprises more than 450 houses. Let it be known, this isn’t an ordinary neighborhood of cookie-cutter structures. More than one home often share a single lot, and designs speak to the diversity of its residents, encompassing an eclectic and sophisticated range of architectural styles. From adorable cottages perfect for a young couple to spacious, modern homes ideal for a family of four, Agritopia’s neighborhood welcomes everyone—from all ages and all stages of life.

Village life is a simple life. And that’s a good thing. It means an easy stroll to the farm stand to pick up veggies for dinner or an impromptu game night on your neighbor’s porch. Whether you’re a child on a carefree bike ride or a resident at Generations basking in retirement, everyone craves simplicity. It’s having everything you need—and nothing you don’t—within arm’s reach so you can focus on the things that really matter: friends, family, and those little but oh-so-important moments that add up to a life well lived.

Farming is the backbone of Agritopia.

Next to the neighborhood, date palms flutter in the breeze, citrus groves stretch to the horizon, and residents eye fresh produce to see what’s ripe for picking. It’s clear—farming is the backbone of Agritopia. In fact, in 2015 the Johnston family created The Johnston Family Foundation of Urban Agriculture as a way to educate people on urban farming and celebrate the agricultural tradition.

At The Farm, more than 11 of Agritopia’s 160 acres are certified organic farmland. Think artichokes and zucchini. Think honey and peaches. Think olives, tomatoes, carrots, kale, even grapevines. Stroll the pathways that line The Farm, then savor the bounty at Agritopia’s restaurants or on the menus of chef-run restaurants throughout Greater Phoenix. 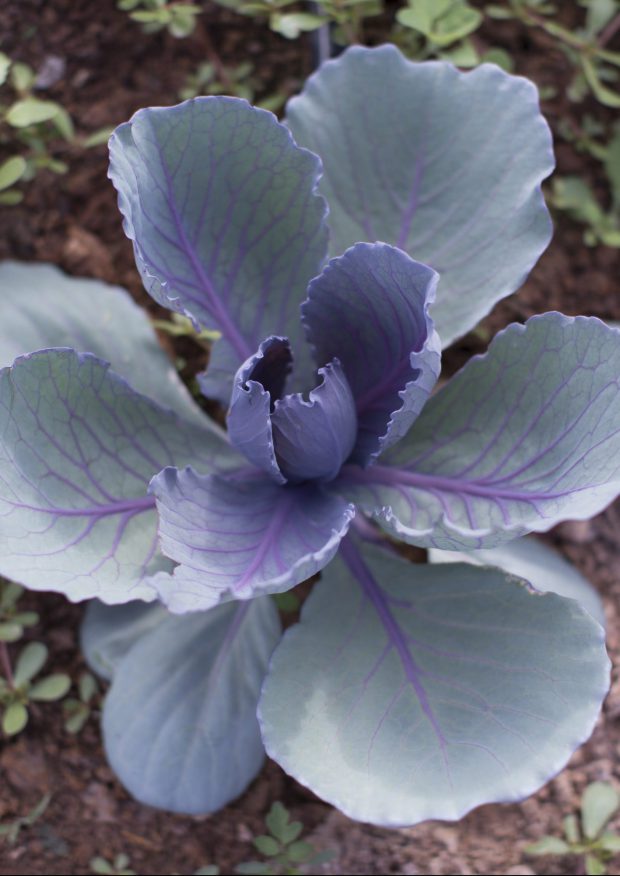 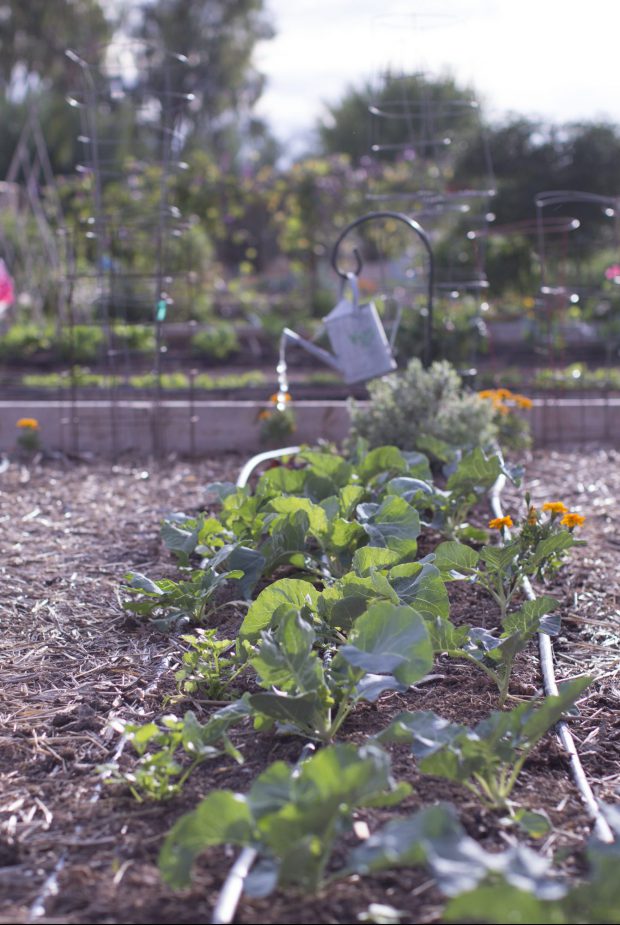 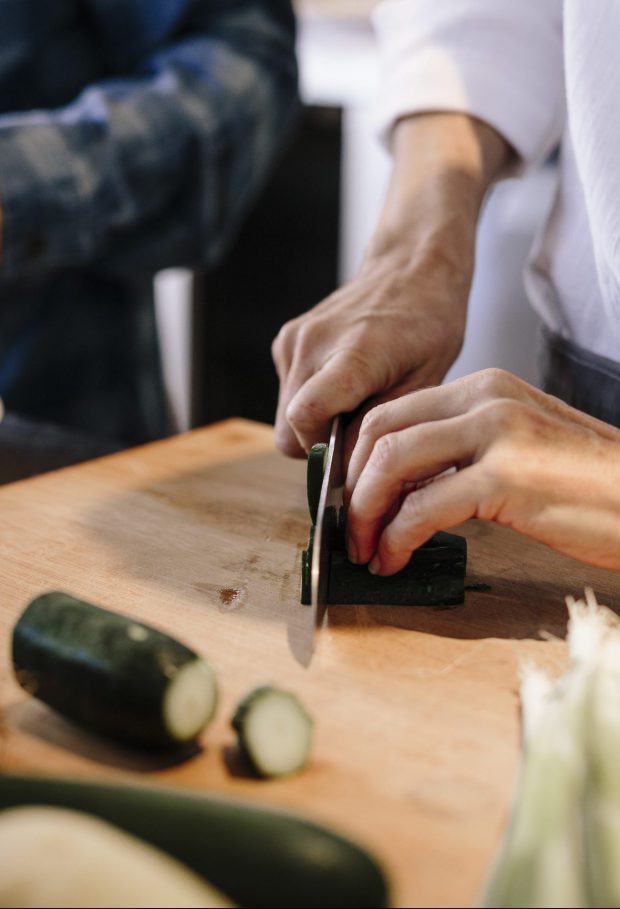 A cornucopia of produce grows on the farm in a settingof natural beauty; an urban farm dedicated to educating people about how their food is produced. 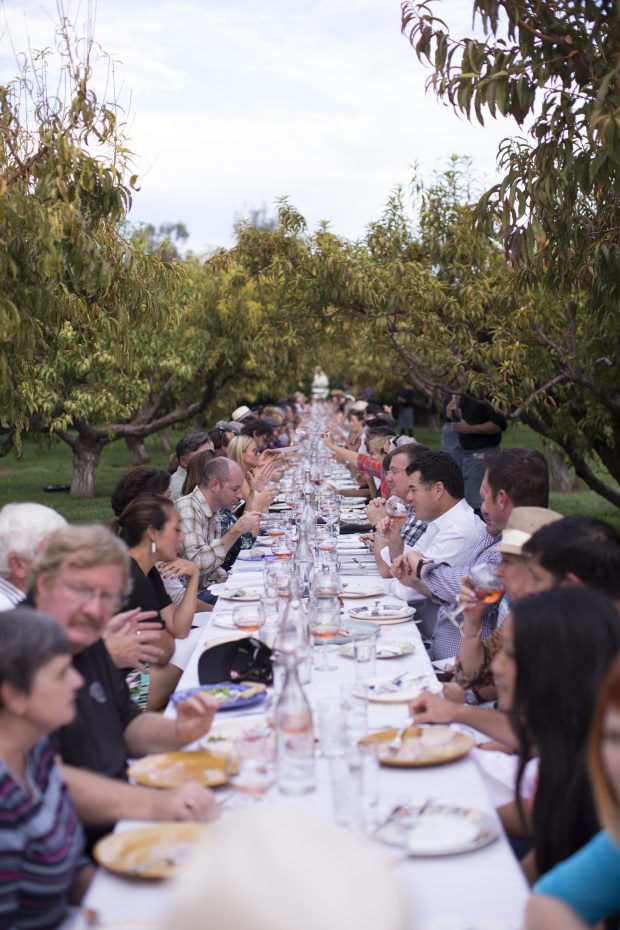 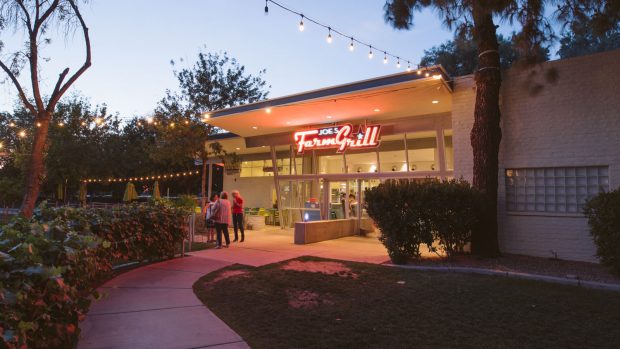 Within the four walls of the Johnston family’s original home, diners dig into comfort food that’s anything but ordinary. Ingredients plucked from nature elevate the menu of classic backyard barbecue staples. Here, a burger isn’t just a burger. It’s fresh-ground chuck blanketed in fontina cheese and layered with veggies sourced from The Farm at Agritopia. A salad isn’t just a salad. It’s a medley of crisp carrots, ripe tomatoes, and just-picked lettuce from the soil. See, over there? Beyond the giant tree shading the outdoor patio? That’s where the tasty eats piled high on your plate at Joe’s Farm Grill grow. Stop by. Sit down. Eat. 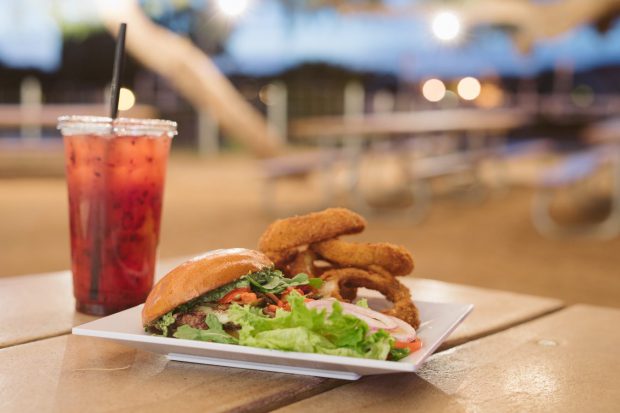 Featured on The Food Network.

This is where connections are forged.

Every village needs a hub, a beating heart of activity. A neighborhood gathering place buzzing with life. At Agritopia, it’s The Coffee Shop. Over a mug of freshly brewed coffee, catch up with old friends or make new ones. Indulge in a Saturday morning with breakfast and a good book. Consider The Coffee Shop your home away from home. It’s where time slows down and connections are forged.

Stop by and see us! 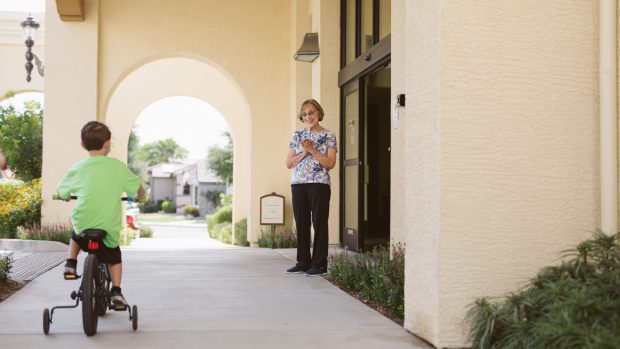 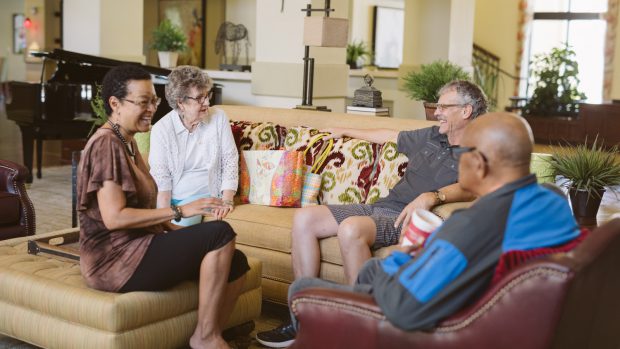 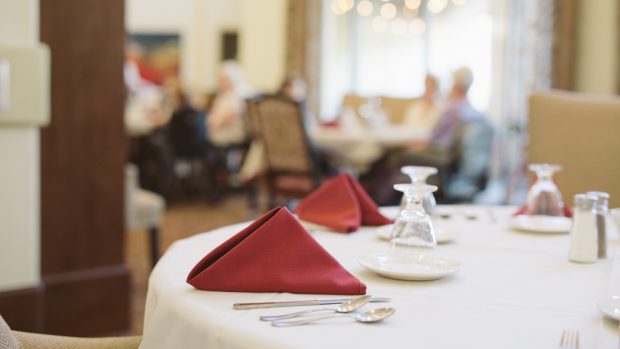 A lifestyle full
of possibilities. 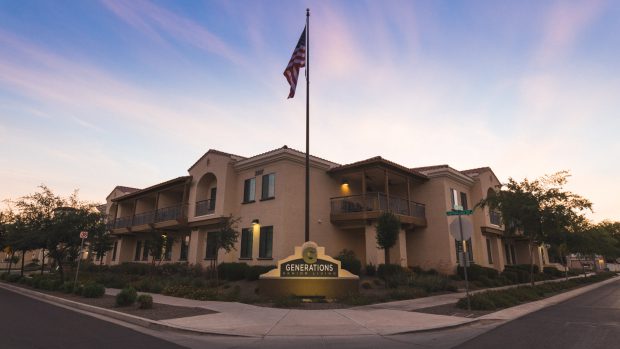 Agritopia is home to everyone, at every stage of life. At Generations Senior Living Community, Agritopia’s approach to a community-centered lifestyle is front and center. From on-site restaurants and a packed calendar of events to neighborly interactions with Agritopia’s residents of all ages, Generations is the very definition of village life.

More than that, the caring, experienced staff prioritizes the health and well-being of the residents. In partnership with Investment Property Associates and Retirement Community Specialists, this 117-unit assisted- and independent-living center is a place where people can tap into a lifestyle full of possibilities. 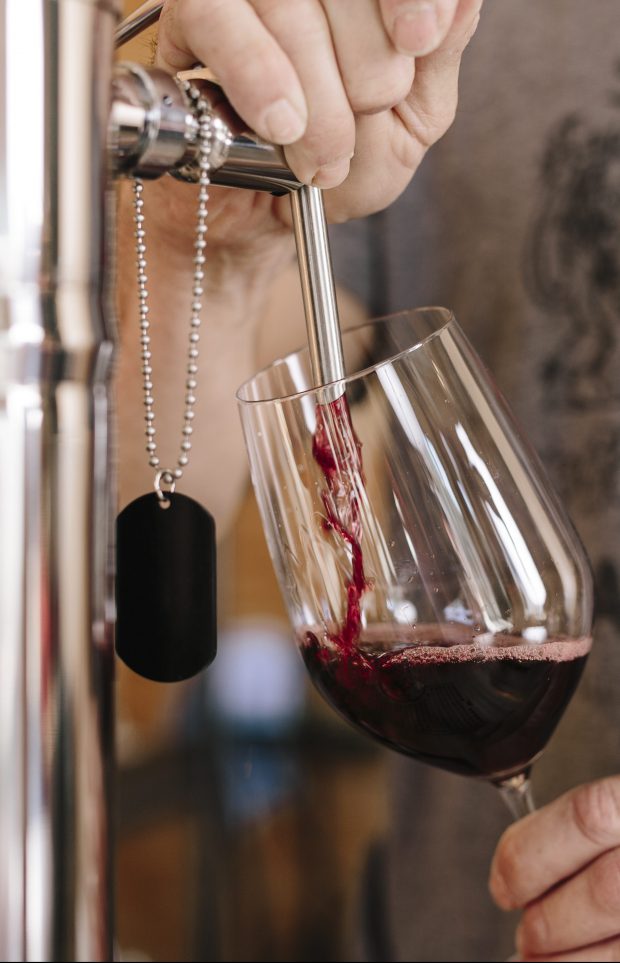 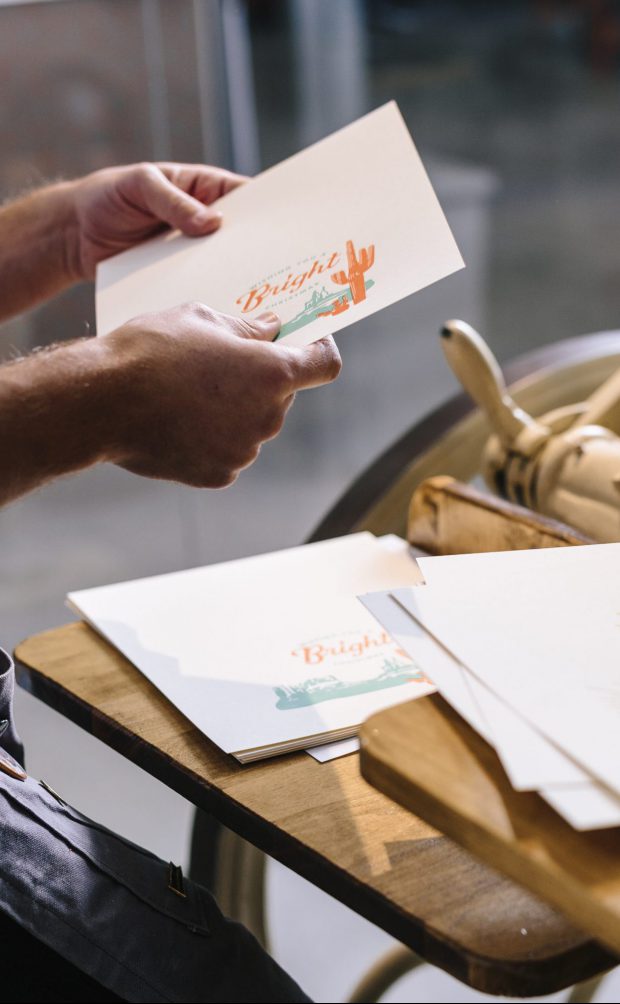 At Barnone, creativity is unleashed. Discover the handmade works of twelve of Arizona’s most talented makers. Not only can you glimpse these skilled craftsmen and women hard at work, but you can also buy their wares to take home. From woodworkers to winemakers, from letterpress printers to florists, Barnone showcases an impressive array of artisans. 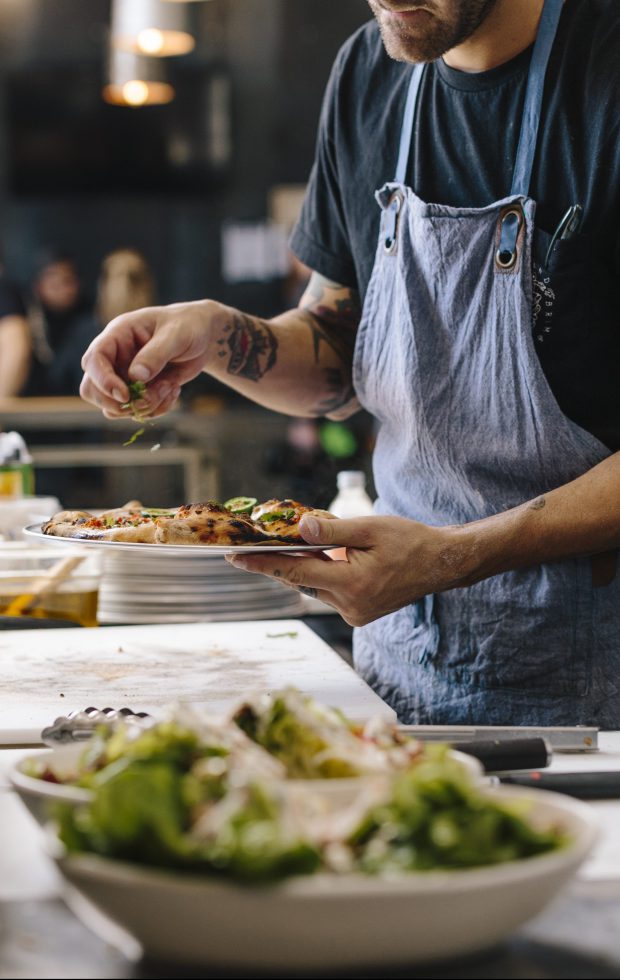 The school sits just steps from the Agritopia neighborhood. 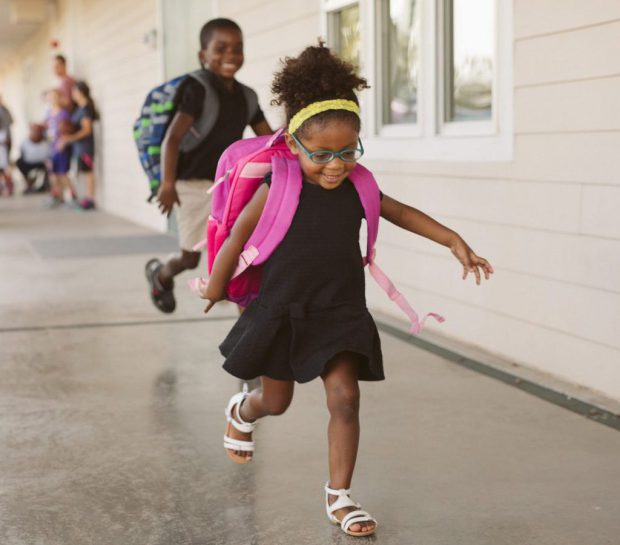 Children walk to school along quiet streets, the sound of kids’ laughter at recess punctuates the day, and parents get to know their child’s teachers. Here, at Agritopia, Gilbert Christian Schools foster a community vibe for children and families, and the curriculum provides students with a strong academic foundation for the future. The elementary and middle school campuses of Gilbert Christian Schools sit just steps from the Agritopia neighborhood, an easy stroll from your home. Not an Agritopia resident? No worries. You don’t have to live here to attend this private school system. 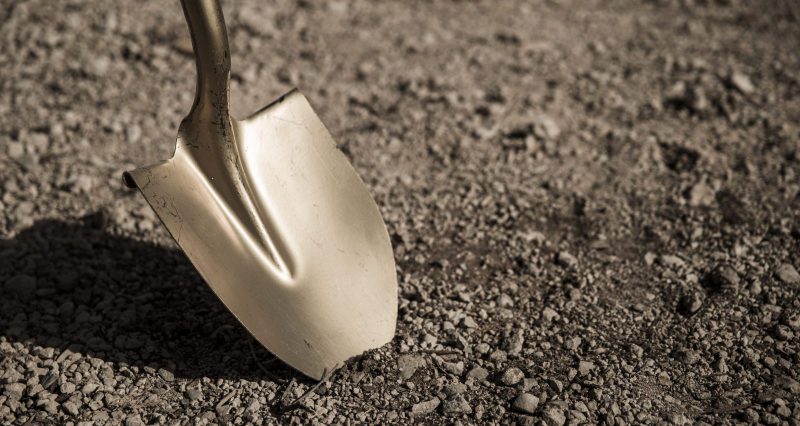 This mixed-use, upscale development will form the urban core of Agritopia. Spanning nearly 20 acres and rising five stories high, Epicenter will be the only destination of its kind in Gilbert. Firmly rooted in Agritopia’s ideals of village life for people of all ages and all stages, Epicenter will promote feel-good living with a high-end touch. Ground-level spaces will offer shops, health clubs, yoga centers, restaurants, and cocktail bars. Above the retail and dining storefronts will be luxury apartments, from studios to penthouses. And everywhere will be sidewalks and pathways connecting Epicenter to the rest of Agritopia.